The amazing life of Maria Montessori, born and bred in Le Marche

“WE CAN DO IT” celebrates girl power and women rights worldwide, and becomes very popular every 8th March, perfectly on time. Even with doubts on the legitimacy of this motto, whether on the 8th of March, or every day of the year, women must be celebrated. For their strength, stubbornness, pride, determination, dedication and love spreading all over. There is a woman, born and bred in Le Marche, that above others, embodies all these values: Maria Montessori. 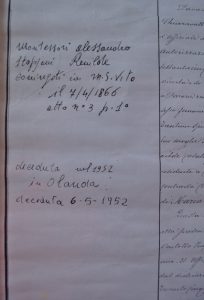 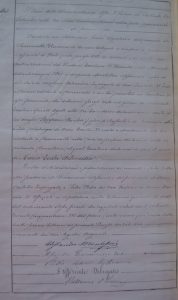 I am sure you have all heard her name, at least once in your life, but did you know she was born in 1870 in Chiaravalle, a little village in our region? She also grew up there, and today her birthplace hosts a free museum.  She was a very intelligent girl, and she realized quite quickly that her dream job was to be a doctor. IMPOSSIBLE FOR A WOMAN, at the time. She ended up studying science, but didn’t resign herself to somebody’s else decision. Indeed, she received a special permission from Pope Leo XIII to follow the doctor’s studies as a woman. Eventually, she became the first female doctor in Italy. She’s famous for having founded the Casa dei Bambini (Children House) in which troubled children from the outskirts of Rome finally had the chance to develop intellectually throughout new methods and tools. By observing children playing, Maria Montessori understood the importance of non-conventional methods, that she spread all over the world, not only in Kindergarten, but also in middle schools and high schools. She managed to export her methods to the USA and England, but during totalitarianisms she was banned from Italy, and later on from Spain, because of her non-conventional ways of teaching. That is also the reason why nowadays her schools are attended in every country: in 1939 she travelled to India, where she stayed till the end of the Word War II, and eventually ended up in the Netherlands, where she died in 1952.

Her talent, determination and power to battle for children’s and human’s rights were acknowledged worldwide: Maria was nominated for the Nobel Peace for three consecutive years, 1949, 1950, 1951. But regrettably the Nobel Prize eluded her on all three occasions. However, her most famous statement “Help me to do it myself” remains in history. 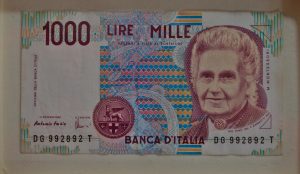 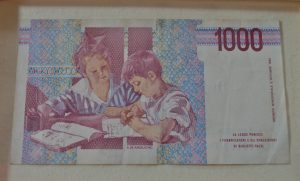 Italy also celebrated this wonderful woman, the first having been recognised for that, by dedicating her the banknote of Mille Lire.

In the Chiaravalle Museum you can see her special teaching materials from then and now, and you can also learn many aspects of her pedagogy. For further information, take a look at the Fondazione Chiaravalle Montessori website 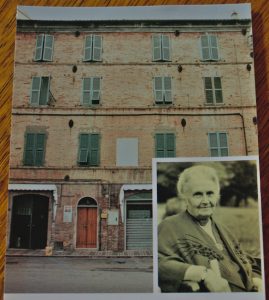 Despite my reluctance to celebrate a merely consumer-driven recurrence, I am very proud to share the same birth region of this amazing woman.