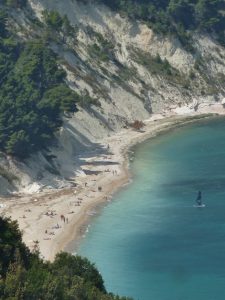 Remember when we were talking about “Italy in a region”? Well, after caves, villages, mountain tracks, cooking traditions and vivid frescoes, let’s talk about our sea, the Adriatic Sea. Since summer is approaching, you may be interested in some sunny salty spot advice for your next holiday trip. Of course Le Marche has what it takes to fulfil every summer’s dream. Today we are going to introduce you to the Monte Conero. Wait..what? Am I talking about a mountain? Haven’t I promised a beach-summer-hot post? Well, indeed here it is: Monte Conero plunges right into the Adriatic Sea and offers some dreamlike panoramas and hidden particular beaches.

Only 10 kms far from Ancona, Monte Conero has been protected as a Regional Natural Park since 1987. Its name derives from the Greek komaros, (cane tree in English, Arbutus unedo, the scientific name) which is visible everywhere around the area. You have to imagine Monte Conero as a wide green area, with calcareous cliffs and steep trails, stradelli in our dialect, leading to hidden gravelly beaches. Some of them are only reachable via sea, with ferry or boat trips departing from Ancona, but all of them with very clean water and quite deep, too.

Do not expect them to be overcrowded in May/June or September, as for us Italians, the temperature must rise up to 30°C in order to take a bath. These months could be perfect for those of you, though, who are braver and not very sociable, at least while on holiday! (Do you really swim in a less-than-20°C water?) 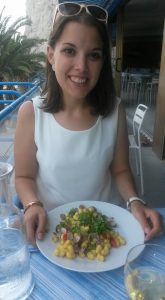 The Park is 25km long and 6.000 hectare large and has three main villages, Portonovo, Sirolo and Numana and many others little treasures to discover. If you drive by car from Ancona, Portonovo is the first village you encounter.  It isn’t actually a village itself, rather a collection of hotels and restaurants where you can eat delicious food. Portonovo’s history dates back to 1000 a.C., when the Santa Maria Church was built, and goes on with de Bosis Tower, that was requested by Pope Clemente XI in order to prevent pirates to attack the coasts, and also the fort, built by the General Eugène de Beauharnais in 1810. Nature sometimes creates masterpieces that not even human art can equal. In front of the Santa Maria Church you can find a sail-shaped rock, and south to the Monte Conero two alike rock formations, that are called the 2 Sorelle (sisters). 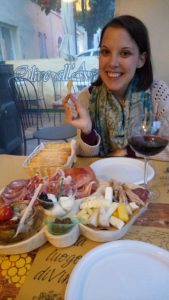 A “normal” size aperitivo in Numana

Sirolo and Numana can both be reached by car. From the piazza of the cosy resort of Sirolo you can enjoy a beautiful panorama of the Monte Conero. There are nice terraces and good eating addresses,  such as da Sara in the centre and down on the beach Arturo. From Sirolo you walk to the beach, or take your car or shuttle bus in high season. If you drive on further, you will arrive at Numana, the last resort of the cliff coast. Here you can take a delicious aperitivo at “L’angolo delle delizie”, they offer every typical dish of Le Marche! I was pretty happy with all that tasty food!

Maybe one of the best event of the summer, Turtle Days are wonderful experiences both for adults and children. There is more than one “turtle day” during the summer, in which previous injured or sick turtles are released, after the cure of the Sea Turtle Center in Riccione. Keep update with the website to enjoy one of them.

P.S. As you can see from the photos, I love fish dishes around Monte Conero area. I brought many “outsider” friends, i.e. coming from other regions, and took great satisfaction in showing them around..and making them enjoy our cooking tradition 😉 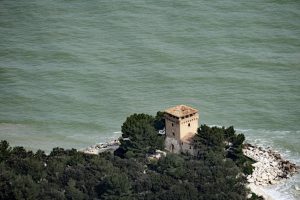 The Fort in Portonovo 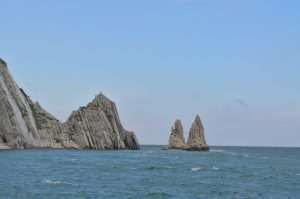 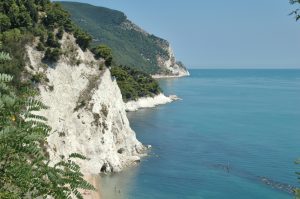 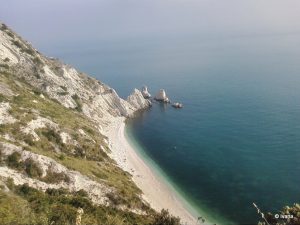 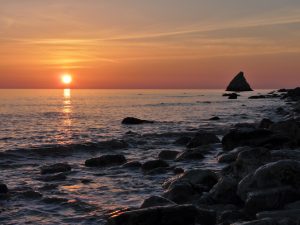 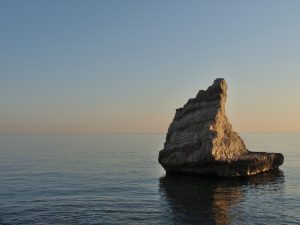 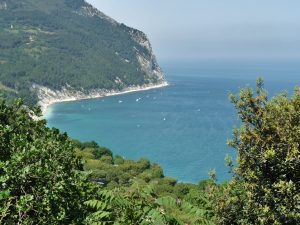 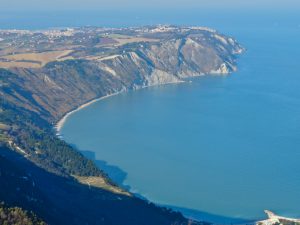 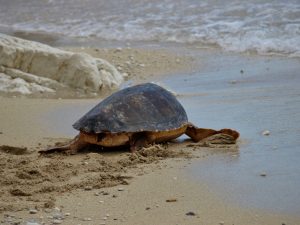