Frederik II and the museum of the Stupor Mundi

If Napoleon is to Ajaccio, Frederick II is to…? Would you ever imagine that the answer is Jesi, in my beautiful region? I wouldn’t. Indeed, it was only when I started going to high school in Jesi, and chanced accidentally upon his statue, that I realized that the magnificent Stupor Mundi was born in Jesi on the 26th of December, 1194. The statue was made in 1994 and placed by Frederik II Foundation of Jesi, on the occasion of his 800th birthday, admittedly outside the city walls behind the Porta Bersaglieri, in a very unsuitable place almost untraceable for tourists or interested people. 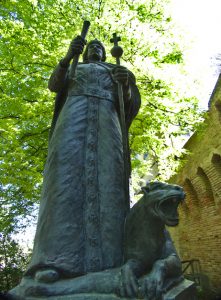 The Roman Holy Emperor Frederik II was most likely born in a tent in Jesi, in a public space in order to forestall any doubt about his origin. He lost his mother, Constance when he was still 4, and because of his young age, Pope Innocent III took him under his wing. He was then too young to succeed his father, Henry IV, but had the chance to study in a melting pot cultural area as Sicily was at the time. At the age of 16 he became Emperor.

He was very keen on culture: he was very intelligent and passionate about art and science. He studied astronomy, falconry, philosophy and ordered also a powerful defence system in Southern Italy, of which some buildings still remain, as Castel del Monte in Puglia, depicted also in the 1 eurocent coin in Italy. He eventually died in 1250 and was buried in Palermo. 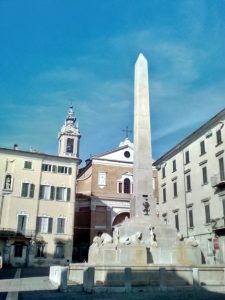 But how does Jesi honor the Stupor Mundi? First of all, with the piazza where probably he was born. In the middle of the piazza, named after him, there is an obelisk and after the reconstruction of a few years ago a tent and texts were drawn in the pavement in various places, referring to the birth of Frederick II; ‘In questa piazza nasce il 26 dic. 1194 l’imperatore Federico II di Svevia ‘; ‘On this square, on 26 Dec. 1194 emperor Frederick II van Zwaben born ‘. The same text is then reproduced in Arabic, because the Emperor could also speak Arabic, beside Hebrew.

But what really celebrates Frederik II is the new interactive museum, open only in 2017, situated in this square. With highly technological screens and panels, every of the 16 rooms of the museum goes deeply into the full story of the Stupor Mundi. And what’s more, they give also a thorough description that was the context he was living and ruling in, as for example the Sicilian one.  Right from the beginning you approach his life with the projection of the tent he was born in, and many video of dressed up storytellers to testify his life. It’s a museum to see, hear and touch! I was impressed by the 360° view of Castel del Monte Castle, that really brings you into another dimension! Of course the museum will attract also every child’s attention, even if they speak English, German or French, because it is equipped with Multilanguage translations. 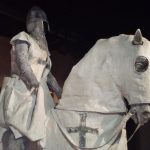 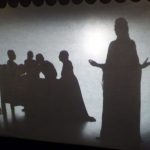 Let yourself be amazed by the marvellous life of the Stupor Mundi!