The Rossini year in Pesaro

2018 is an important year for the city of Pesaro. It is indeed the so-called “anno rossiniano”, Rossini’s year, since it is the 150th year from the death of Gioacchino Rossini, the most important famous character of the city. 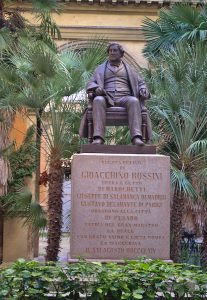 Rossini is among the greatest composers of all time, and he is a pride of Le Marche. He was in born in Pesaro in 1792; his father was a an impoverished trumpeter who played in orchestras, and his mother a singer of secondary roles. Rossini grew up in the theatre, and soon enough he could play the violin, the horn, the harpsichord and could sing in public. He composed his first opera seria at the age of 14, but he found his real talent in the opera buffa, among which the most famous is Il Barbiere di Siviglia (1816). This was one of the earliest Italian operas to be performed in America and premiered at the Park Theater in New York City on 29, November 1825. You know for sure the famous “Figaro, Figaro”, well, it comes from this opera!

Of his later dramatic operas, the most widely known is William Tell (1829). Guglielmo Tell

He succeeded in becoming famous not only in Vienna, but also in Paris, where he died in 1868. Conquering Paris was not easy, as the national opera composers were eagerly skilled, but he managed, and became a worldwide famous composer. 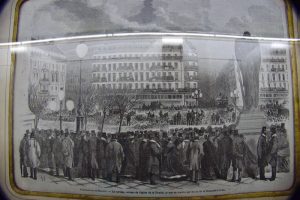 funeral of Rossini in Paris

Rossini was quite a character: he was known for being a bon vivant, who loved good food and was indeed a good subject for many caricatures. The worldwide famous French cook Escoffier honored him by giving its name to an important meat dish: Tournedos Rossini.

To remember this great Maestro, Pesaro has tried (and succeeded!) to spread Rossini heritage all over! The floors of the little city, for example, are often decorated with something that reminds the composer!

The multimedia exhibition is a must see of this year. 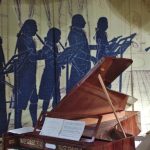 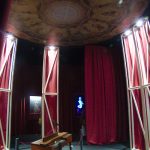 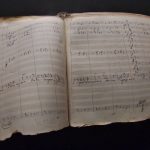 The celebration takes place not only in the streets, but also with a rich program, which makes the city alive and vivid every year! At the Conservatorium Rossini, for example, you can enjoy students exercising with musical instruments during the yearly lessons. 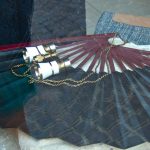 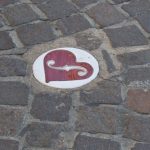 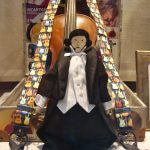 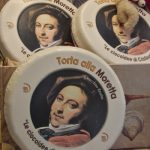 But also Urbino and Fano are having a good time: just remember the Carnival in Fano this year!

The Rossini Festival is held yearly in Pesaro both in the Rossini Theatre and the Auditorium, so you should not miss the chance to watch one of the several operas playing! 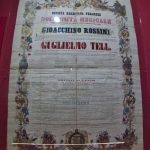 Poster of the opera William Tell 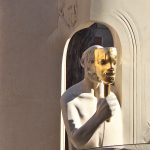 Retail of monument for Rossini 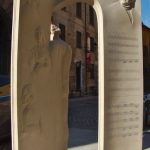 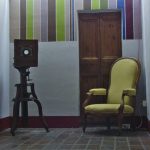 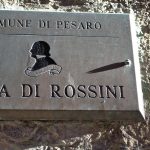 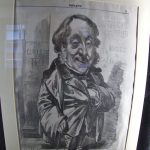 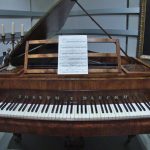 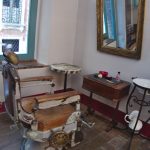 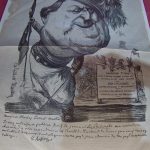 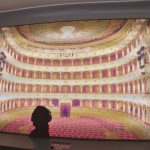 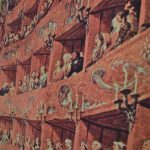 public during an opera. 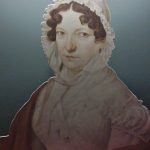