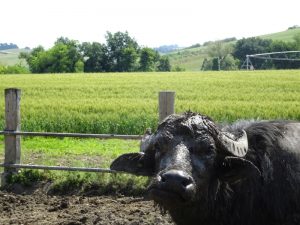 Well the title of this post might be a little bit tricky, but by now you should know that our region is nothing but ordinary.

Today we are going to have an interesting visit to a local farm, based in Jesi, where the bizarre couple buffaloes + hemp live happily together.

The farm is called Antonio Trionfi Honorati, named after the first owner, the Marquis who built the first stable in 1939. At that time it was quite innovative to have 30 dairy cows in Le Marche: traditionally they were to be found more in the north, where the temperatures cannot go much high. In 1965 the son, Giuseppe, founded the first milk factory in the area, TreValli, that is still a real benchmark for our region.

But what really changed the destiny of this farm was the venture of Antonio, the current owner. He was able to mix together buffaloes, cows and produce a big variety of dairy products, also coming from buffaloes (which usually only produce mozzarella). What’s more, he even started to grow hemp, whose products are also sold at the shop run by Giulia. 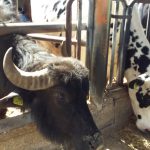 The buffaloes are quite impressive, powerful animals. According to Antonio, they are originally from Syria, but are more commonly known in Italy in the Campania region, the centre of buffalo mozzarella production.

But here you cannot only talk about mozzarella: there are many kinds of cheese, even yogurt, pudding and ice cream made out of buffaloes’ milk. The buffalo cows in the dairy farm are in spacious and open stable housing, and you see how well they live there. They even recognise their owner! 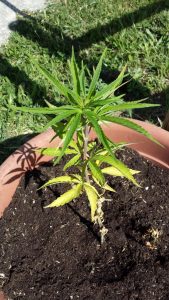 Behind the stables there is the second part of the combination: hemp. Hemp has a long tradition also in this area, as it was mainly used to produce fabrics, clothing, ropes and even as animal feed.

Hemp is easy to grow:  you need no pesticides and little water. The varieties that are harvested here contain only a minimal levels of the intoxicating substance THC, and are therefore not comparable to the cannabis sold as a drug or medicine. However they have the active substance cannabidiol (CBD) which is relaxing and good for the cows too, according to Antonio! 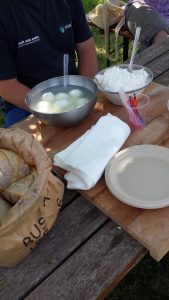 The farm shop is open every day and you can have a glimpse behind the counter through a glass in the cheese factory, which you must not enter for reasons of hygiene, though. Guided tours have to be booked in advance, with special didactic guides for children. And after the tour, there will be also a tasting of farm products, as well as a bit of wine and water. After all, even if among buffaloes and hemp, we are still in Le Marche 😉 . 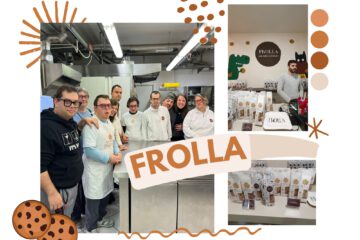 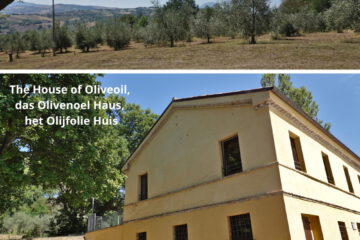