Arcevia is amongst the most famous villages in our region. The secret is that it is not only a village that we are referring to, rather 9 small walled villages – castelli in Italian – (we explained the word Castelli before in our blog) in the valley around it. I know, I know, this is cheating, then we can say that Arcevia cheats very well ? 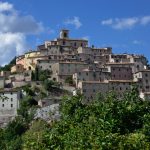 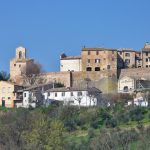 The panoramic road that connects all these village is a recommended road trip along the hillside of this beautiful region. It takes less than two days, or even more if you are planning to eat in every small trattoria that you will find along the way!

Arcevia was a very important centre already in the 13th century, ruling 9 other walled villages in the valley. The original name of Arcevia was Rocca Contrada and it ruled the area around it from the 13th to the 15th century.

These 9 walled villages are nowadays very different among each other: some of them are still inhabited while some others are only working as holiday destinations for both Italians and foreigners.

Once you have passed Arcevia on the north side, you will come across the first Castello: Caudino. One of the smallest walled villages that was built in the early 14th century. You may park outside the centre and enter Caudino through the 15th century city gate as old as the still existing city walls. 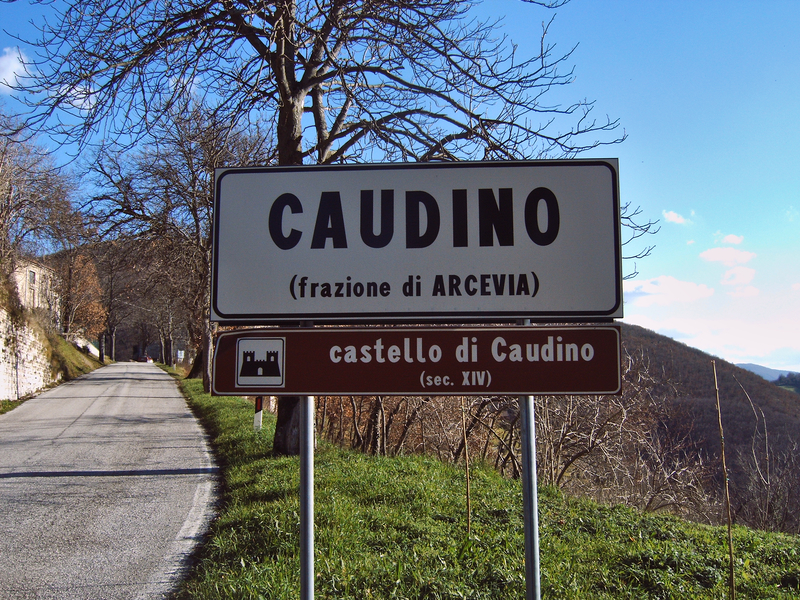 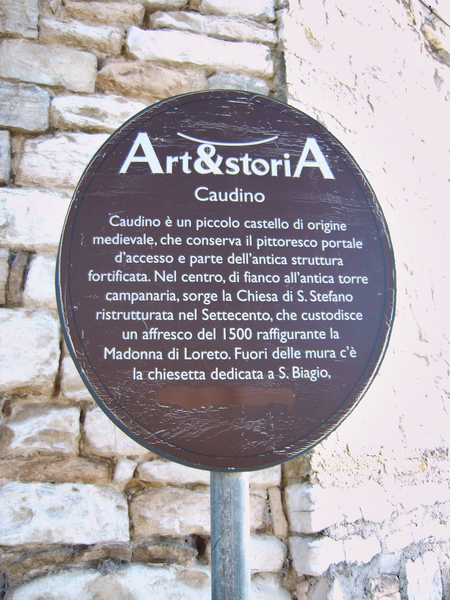 In Caudino, or Colgodino as it was initially called, is the Santo Stefano church with a 16th century fresco of the Madonna of Loreto. Unfortunately, the church is not always open, as in many other little churches around the region. The economical resources to either install an alarm system or to have supervision are too high to be faced by these local communities. 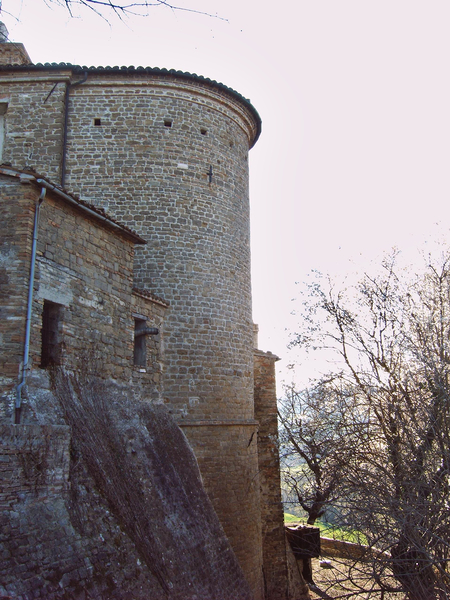 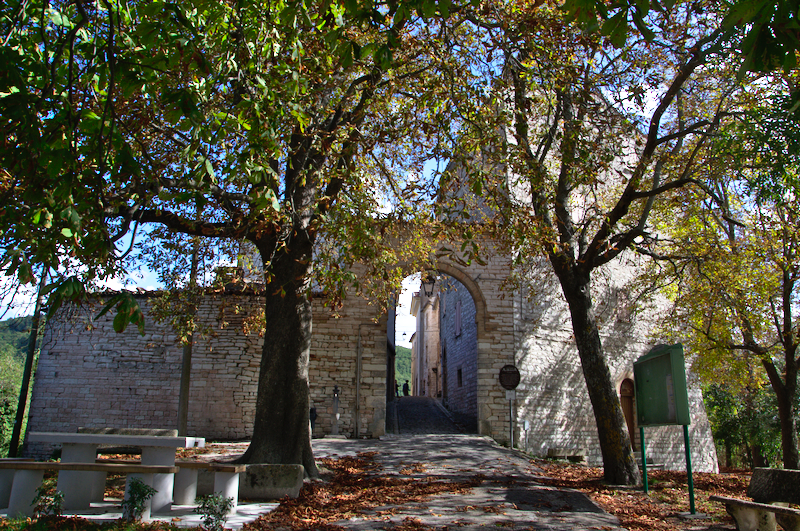 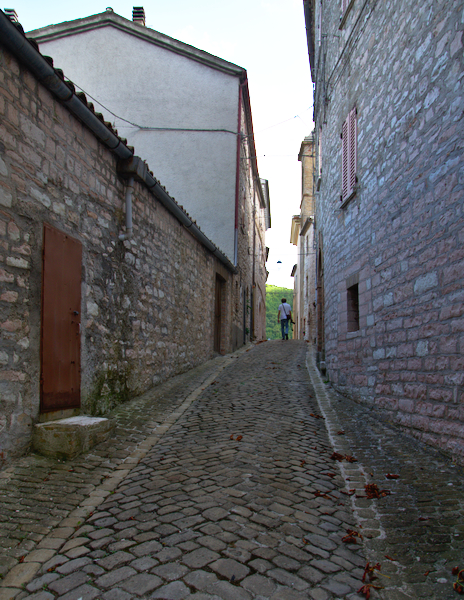 The village is nowadays only inhabited by holiday makers, but still very well maintained. In the online interview with Virgilio Parroni, one of the latter inhabitants to have left Caudino, you hear how he and many others from the village emigrated to the mines in Belgium. Years later on his return, the village was completely abandoned, and all the houses were in pieces. Fortunately, they have almost all been restored. 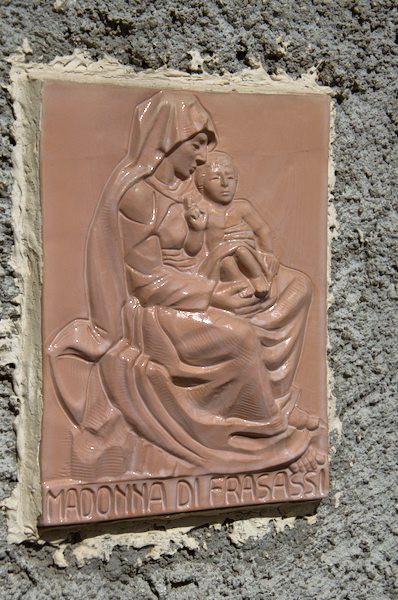 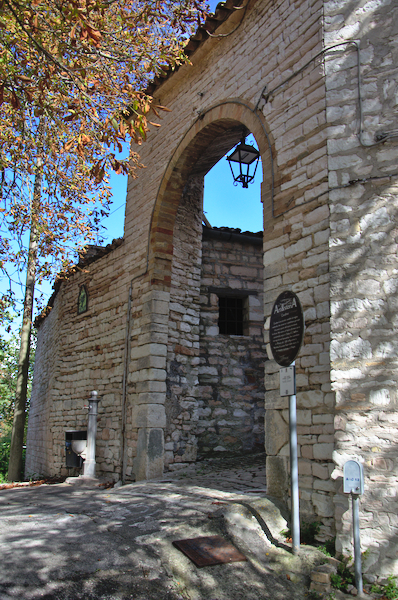 While walking through the authentic alleys, you can sniff the medieval atmosphere without difficulty. At the end of the village you can still enjoy the view.

It is almost time for the pranzo or lunch, and there it is another village ready to offer you not only beautiful atmosphere, but also yummy dishes.

Nidastore is the northernmost castello of Arcevia. This castello is already larger than Caudino and more inhabited. It was founded a century earlier, namely in the 13th century (although there are some doubts it could have been also during the 15th century). Until 1431 it was the property of the Bishop of Fossombrone until the inhabitants organized a revolt against Count Ranieri who wanted to apply the jus primae nocti in Nidastore. (that is, on the first night of marriage, the noble lord had the right to spend the night with the newly bride). The people who fought against him won and were allowed to consider the count’s property as their own. Finally, the village came under the rule of the Rocca Contrada. The Saint Sebastian church has a fresco from the 17th century, but unfortunately it is closed, as well. 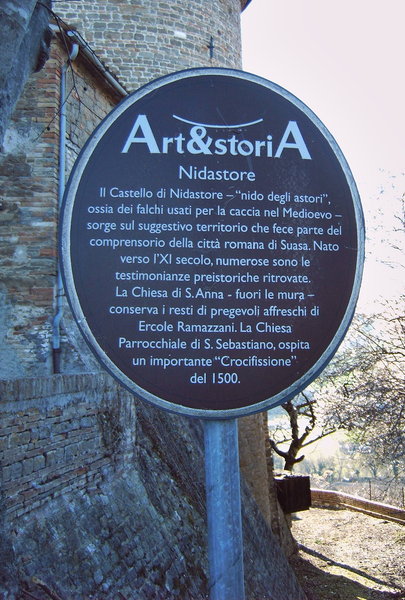 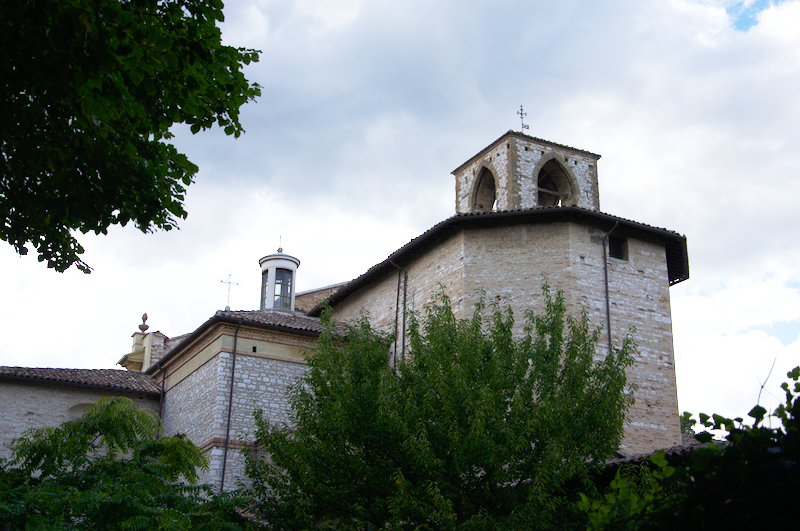 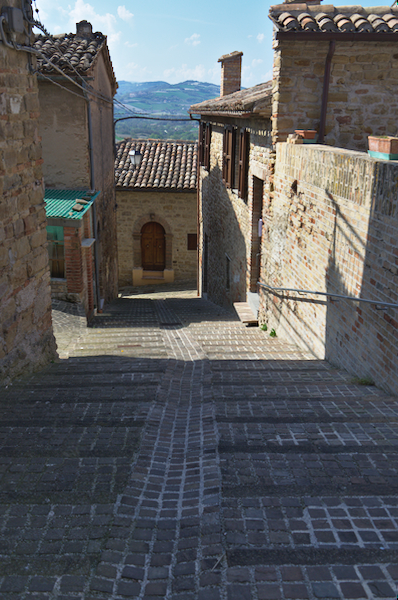 The name Nidastore refers to Nido degli astori or the nest of a certain falcon species, often used for hunting in the Middle Ages. The restaurant il Nido dell’Astore bears this name. The restaurant has very generous dishes and tradition kitchen ready for you ? 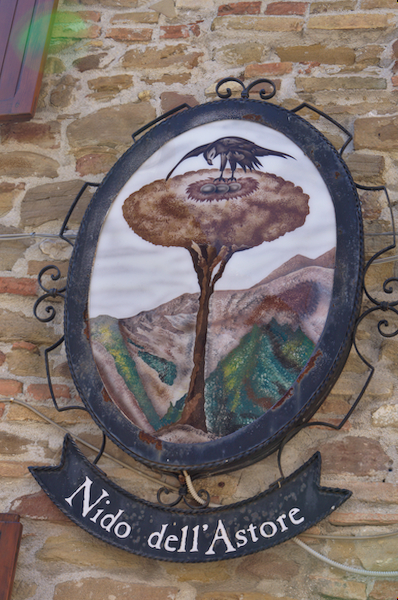 The road trip is not over, but keep reading our blog to discover more of the “Castelli di Arcevia”… 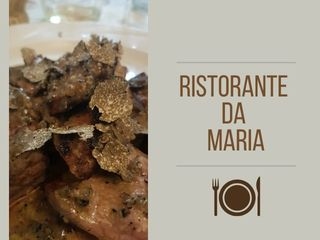 Ecco Le MarcheThe seasons in Le Marche are all fascinating, but now, after the hot summer, we should enjoy the autumn with golden sunlight, the scent of mushrooms in the forest, the end of vendemmia Read more…