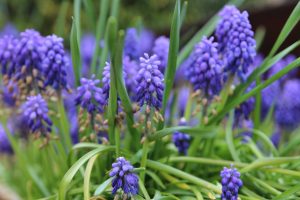 According to the Catholic Creed, Easter Sunday marks the end of a very strict time, namely Quaresima , the Lent. For the farmers in Le Marche, eating even less than they used to do was an evidence of great faith. As a consequence, Easter Sunday was a great moment of joy, happiness and..food, of course. Strangely enough, the Easter Breakfast was even more important that the lunch itself. Indeed, families used to eat homemade tasty dishes, from savoury to sweet ones and children used to paint eggs with a particular kind of plant called pingiovo (meaning eggpainting) in our dialect, muscari its Latin name.

Based on municipalities (not regional!) differences, every family had its own tradition. However, there were some fundamental point: the typical Pizza di Formaggio (be aware not to get confused by the name pizza, it is actually more like a rise bread with lots of different kinds of cheese), salami (Salame of Fabriano, or Ciauscolo, in particular) and desserts, namely Ciambelle , Agnello, Pizza dolce di Pasqua and many more!

Somewhere between the savoury and the sweet dishes there are Calcioni, of which we talked about in our previous post about Serra San Quirico. Indeed, calcioni is a typical Easter dish of this area, whereas around Ascoli Piceno they are called piconi, or ravioli dolci around Macerata. They are named after cacio¸ cheese in our dialect (think about the famous Cacio&pepe pasta in Rome).

There are also many other versions only in Le Marche, one for example is only sweet and filled up with cocoa, or even with chickpea or fava bean.

Since in the area where Isabelle and I live we use calcioni , mamma Graziella has given us this recipe and showed how to properly do them. Enjoy and buon appetito!

Ingredients for the filling

Ingredients for the pastry

Mix both cheeses grate with the egg yolks, lemon zests and sugar and let the filling dry for one day.

The day after mix the eggs, the lard, sugar in a large bowl; add and sift as much flour as the dough requires. Roll the pastry and cut off round shape forms of 10cm of diameter. Add the filling to one half of it, and close the calcione. Brush it with a egg yolk and cut a X shape on the top. It is important to cut it, because it allows the filling to come out during the cooking and to form a real cheese-volcano.
Cook into a pre heated oven at 180°C for 30 minutes.

For any doubt, just check the video!
Happy Easter!

Thanks so much for sharing this. I love it!!
My mother in-laws family is from Le Marche and I’d love to learn traditional recipes from this region. Sadly, her mother just passed away and wasn’t able to teach me, as she was not able to walk for last 7 years.
Thanks again!!! 🙂

Dear Katharina, we are so happy to read about your origins! It is always emotional to know that somehow we managed to bring back beautiful memories from our readers’ past. We will keep adding new recipes so that you can learn something new. Thanks for your beautiful message . Hugs, Laura 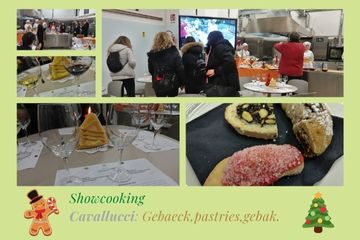 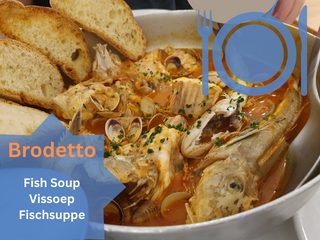 Ecco Le MarcheThe whole Adriatic Sea in one soup, il brodetto! What once was a traditional poor man’s dish of Adriatic fishermen is now one of the highlights on the menus of beach resorts along Read more…