Maybe I am not the most romantic person in the world, but don’t blame me if the love stories in Le Marche are so tragic! Do you remember last year’s post about Paolo and Francesca in Gradara?

Well, this year’s love story is quite similar, but we move a little bit southern in the region, near the Frasassi Caves. Here there is a hamlet whose name recalls the protagonists – the two lovers – of this tragic legend. 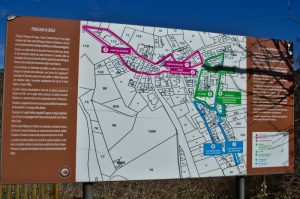 Once upon a time, there was a fortress in the old hamlet of Castel Pietroso. This fortress was inhabited by some farmers and two beautiful lovers, Piero and Sara. They were already promised husband- and wife-to-be, but they hadn’t considered the evil Count of Ravellone. He was rich and powerful, and fell in love with Sara. He decided to have her, no matter what, and one night he organised her kidnapping. He entered the castle, but he did not consider that her Love, Piero, would have fought for her. In fact, Piero was so brave to fight against him, helped also by the local people. Unfortunately, the Count took Sara and mad with anger killed her. As soon as Piero realised that his beloved was dead, he attacked the Count who then stabbed him. Before dying, Piero was able to give his last long kiss to his love, Sara.

The current name of this hamlet comes directly from this legend, even though its history dates back to the Year 981, when an imperial document gave the first written proof of its existence. It eventually became a castellum during the Lombards’ period and the Catholic Church, whose focus was on the nearby San Vittore Abbey. In the end, the mighty Fabriano won the war over its possession, and from 1298 it ruled the fortress and the tower. 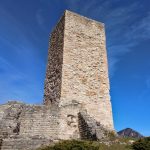 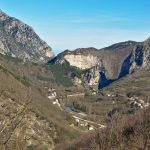 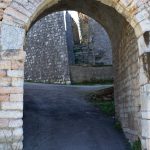 Only in 1860, that is to say, when the Kingdom of Italy was funded, Pierosara was merged with the municipality of Genga.

It nowadays counts only 140, but incredibly a high percentage of births! Are Piero&Sara still influencing the atmosphere in here? 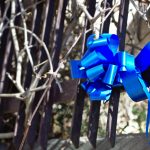 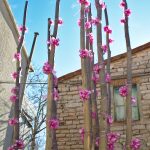 Don’t expect to see the fortress, as there are only the external walls remaining. However, the view is spectacular! You can have a walk in the centre, and start by the 18th century church of Madonna delle Grazie, which is open and initially used as a cemetery for the local residents. You can’t get lost, if you follow the signs! Many buildings, such as the San Sebastiano Church, the walls and the tower date to the 11th century. 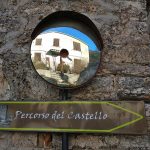 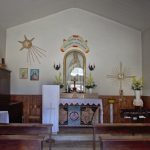 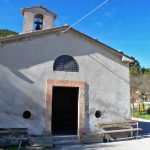 After the walking tour, you can taste some typical food by stopping at “Bar Ristoeante da Maria”. It is located in a wind of a old monastery since 1982! 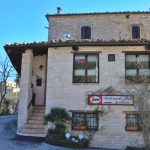 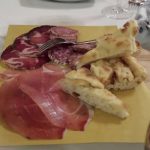 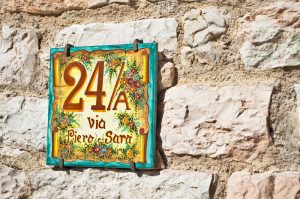 If you are looking for some traces of this tragic love story, however, you may be disappointed. There are none, except for a number board on one little house! Should we find hints ourselves?